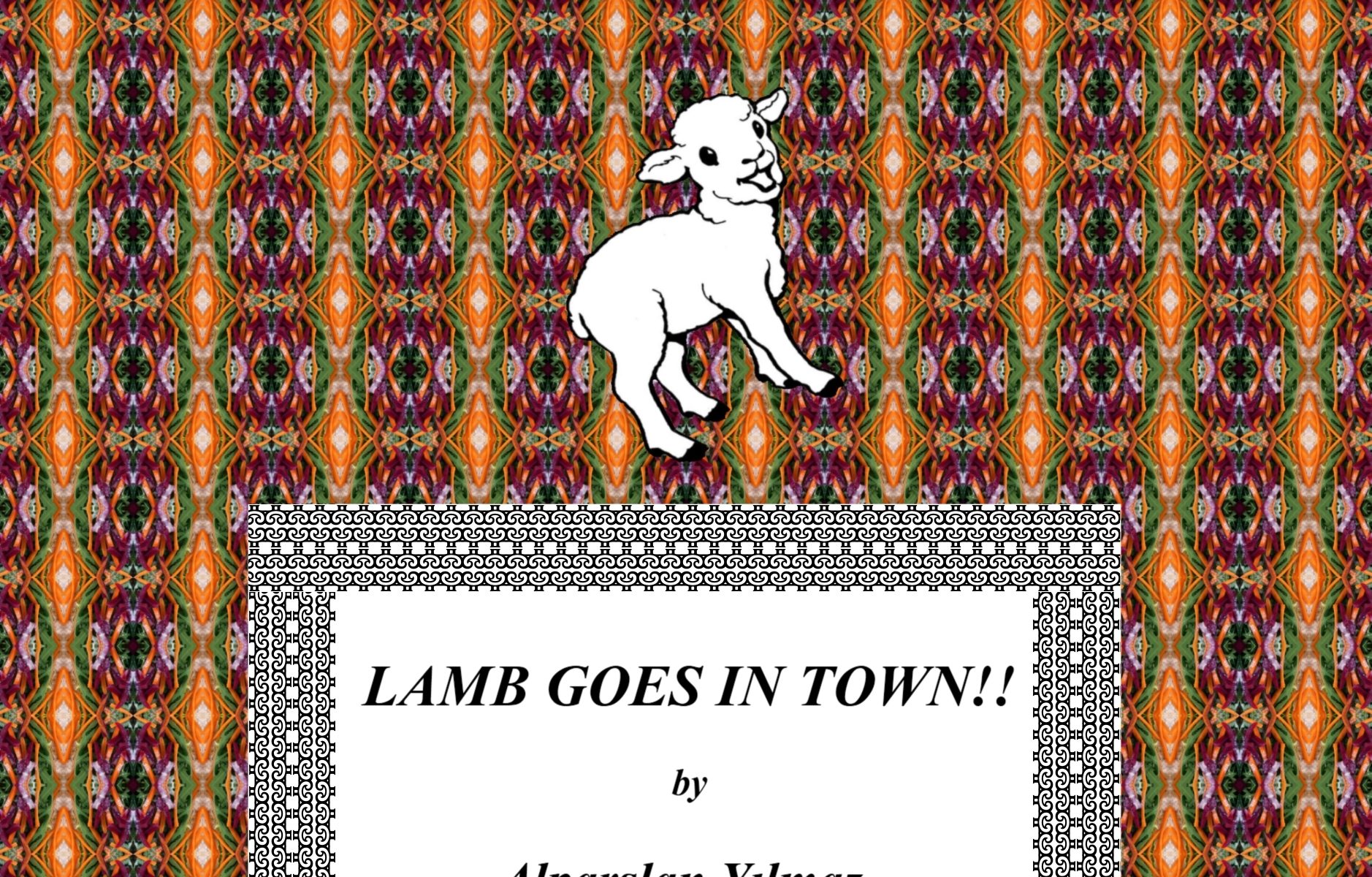 Written in the enigmatic syntax of Portland, Oregon’s eccentric kebab smuggler, Alparslan “The Turk” Yılmaz, “Lamb Goes In Town!!” is the delightfully twisted tale of a happy little lamb’s journey and shocking transformation in a strange new world. Lightly edited by Yılmaz’s first cook and co-pirate John J. Goddard, this brisk, mind bending odyssey shapeshifts between adorable, hilarious, thought provoking and vulgar, often on the same page. Yılmaz’s dubious command of the English language and its vernacular lends a likable voice to a lighthearted narrative.

This download contains the epub format of the book for maximum responsiveness across browsers and devices.

I met Alparslan Yılmaz in the spring of 2011. I’d just moved back to Portland from Chicago, and I was looking for a cooking gig. My response to his cryptic Internet post for a cook landed me an interview, and my life hasn’t been the same since.

I became the right hand man for Alparslan – better known in Portland as “The Turk” – in a bootleg Turkish kebab delivery operation known as Secret Kebab. There was no storefront, no fixed location, and sometimes no kitchen. We were pirates in a landscape littered with high concept restaurants and food carts. We did delivery-only to small sections of the city, completely on our own terms. It was a strange and wonderful gig that was more fun than lucrative, and Alparslan is now a valued friend.

The people of Portland loved Alparslan’s fresh, handmade food (it’s pretty damn good for street food), and they love Alparslan even more. His only means of advertisement is a Twitter account (@secretkebab) and a half-assed website that occasionally disappears. It’s the Twitter feed that started drawing attention from outside Portland. Alparslan’s unbridled, never ending enthusiasm is infectious, and people from around the world began following the feed to read his messages. Uplifting, absurd, obscene, occasionally touching and always in poorly spelled broken English, The Turk’s online presence seems to do more than inspire people to buy his kebabs.

At the end of the summer of 2011, Alparslan told me he was going back to Turkey, and that there would be no more kebabs in Portland until at least the following spring. Having learned that I write, he asked me if I would help him with a book project. I said yes, that I could come on as editor, but that it would be best to let his voice shine through in the way people know and love it. The result is this book. I have edited very lightly, correcting spelling and a little grammar. You may find it challenging to read at first, but the story does shine through in Alparslan’s eccentric usage and unique patois quite unexpectedly and endearingly. I hope you enjoy this mind-bending little tale.