This spicy hot and sour Thai seafood soup is as easy as it is delicious. I prepared this particular iteration with rice noodles, which is not strictly traditional, but delicious nonetheless.

Tom yum (Thai: ต้มยำ) is a Thai hot and sour soup that most often contains shrimp. Tom is the Thai word for ‘boiling’, whereas yum refers to a sour, spicy salad. I dare you to ask for boiled salad the next time you want the vegetable soup in a restaurant.

This chunky elixir of boiled salad is not only spicy and sour, but also wonderfully aromatic. The spice mixture contains lemongrass, shallot, galangal, kaffir lime leaves and lime juice. You can get pretty great commercially made tom yum paste, but if you want the real deal, you’ll need a mortar and pestle, plus a charcoal fire for frying the spices. I generally keep a jar of the commercial stuff on hand, as it also works well in fried rice and fried salads.

Now that you know what it is, let’s make some soup. This version is not traditional at all, since I didn’t cook the broth with straw mushrooms and tomato, but that’s okay. The important thing is that you have some vegetables. 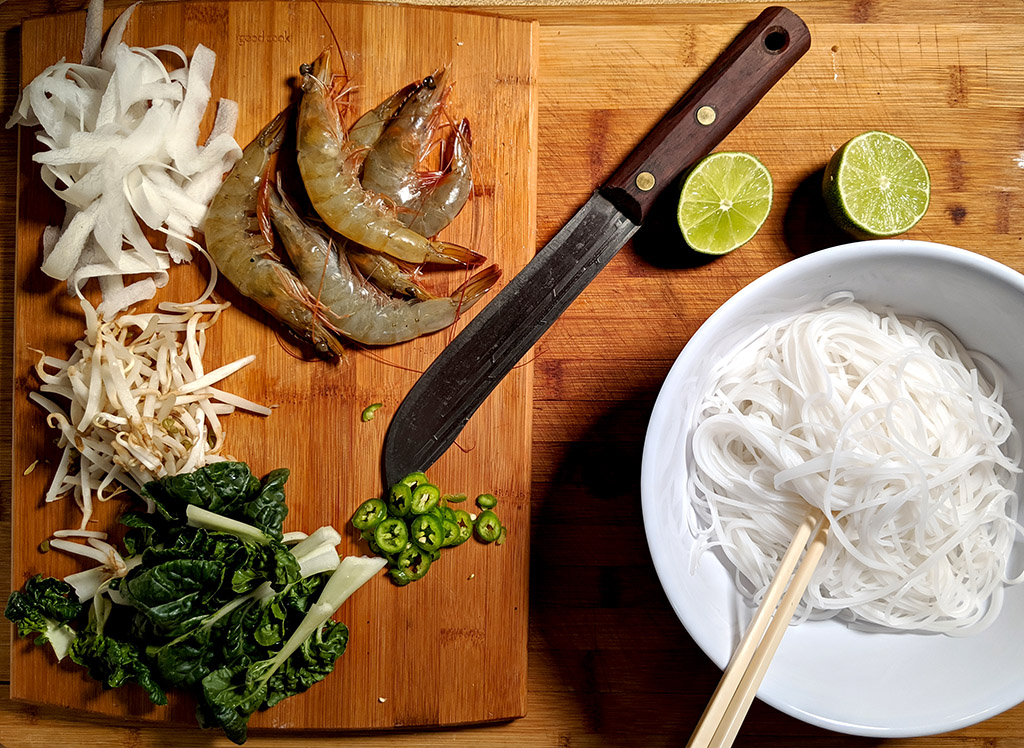 For the salad aspect, I used ribbons of daikon radish, bean sprouts, baby bok choy and a Serrano chile. I pre-softened some rice noodles, then arranged the bok choy and bean sprouts on top. I held the daikon aside for garnish.

Next I made the broth from about 32 ounces of water and two different pastes. The first was Por Kwan seafood soup paste for a nice, clean seafood flavor, then Por Kwan tom yum paste. Let me tell you, the folks at the House of Por Kwan make really good stuff. You can find both of these at Jay International or Global Foods if you’re in the St. Louis area.

Bring your water to a high simmer, then add enough seafood paste to make the broth a little less salty than you want it. You really just want to establish a basic foundation of seafood flavor first, because the second paste also contains salt. 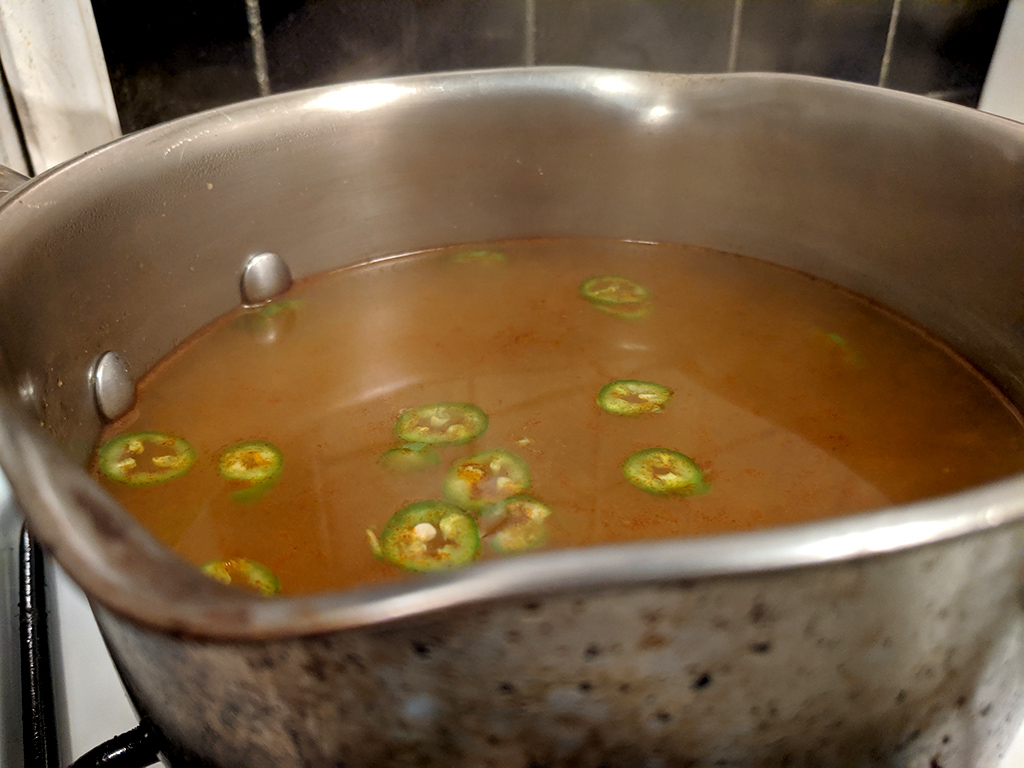 Bring up the seasoning with the tom yum paste until you get a little less than the desired level of flavor. If the broth comes out a little over-seasoned, you can add a little water or coconut milk. Add sliced Serrano chile and allow the broth to simmer while you work on the shrimp. I bought shrimp with the heads and shells on, because I want all of that damn flavor. 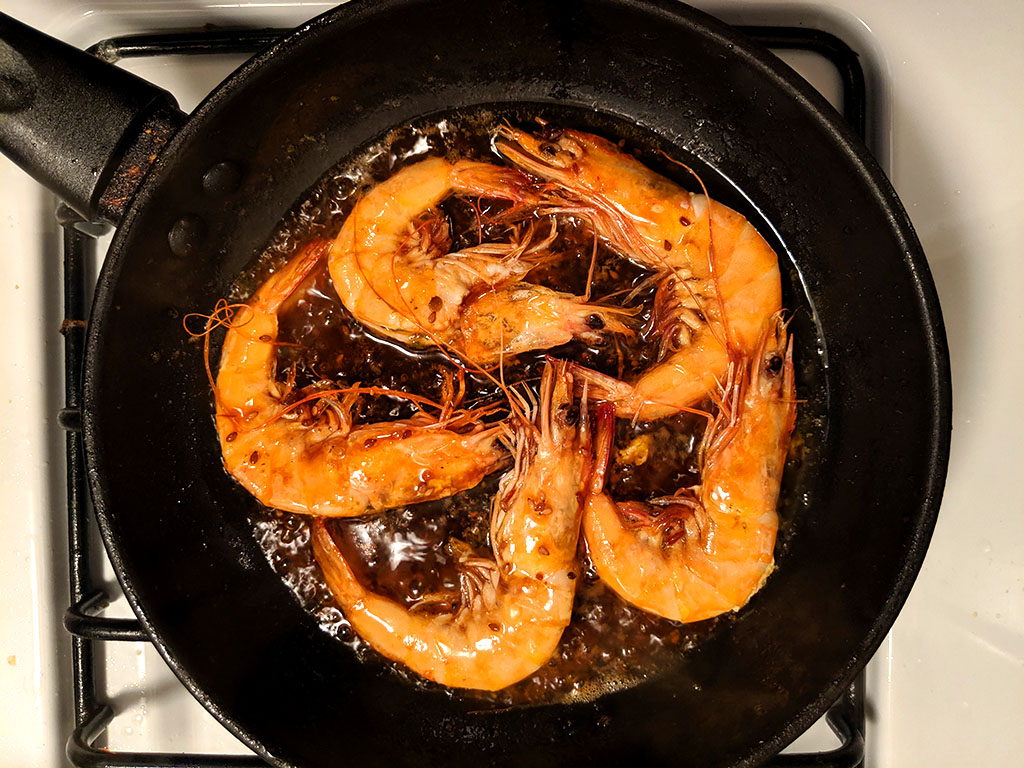 Heat some oil in a skillet over a medium low flame. Stir in a tiny dollop of tom yum paste, then add the shrimp. Cook on one side for about 45 seconds. After you flip them, gently push down on the heads with your stirring device to release some of the juices into the pan. The flavor from the heads is sweet and rich. You don’t want to lose it. Turn off the flame and allow the shrimp to finish cooking on the waning residual heat.

Quickly raise the broth to a boil, then pour some of it into the shrimp skillet to deglaze the pan. Pour the shrimp and pan juices over the noodles, then add more boiling broth to the boil. as the cold rice noodles lower the temperature of the broth, the vegetables will be gently cooked, just enough to retain a little bit of crunch.

That’s it. You’re done. Squeeze in some fresh lime juice, garnish with daikon and lime, and enjoy your boiled salad.

If you enjoyed this post, please share and consider becoming a member. It will really help to keep the content flowing. Subscriptions are quite reasonably priced, and membership entitles you to free music and e-book downloads. 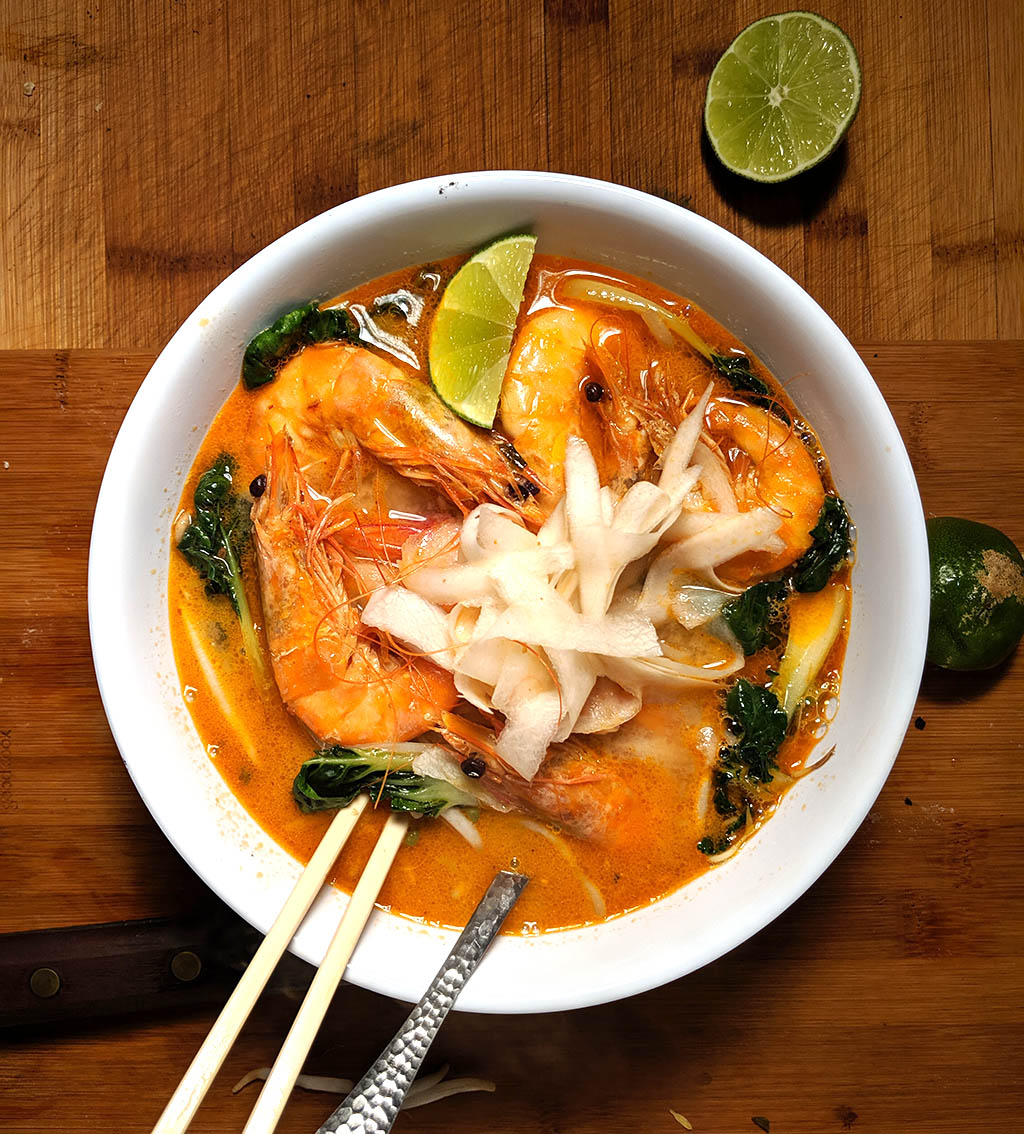 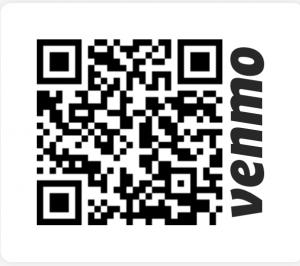