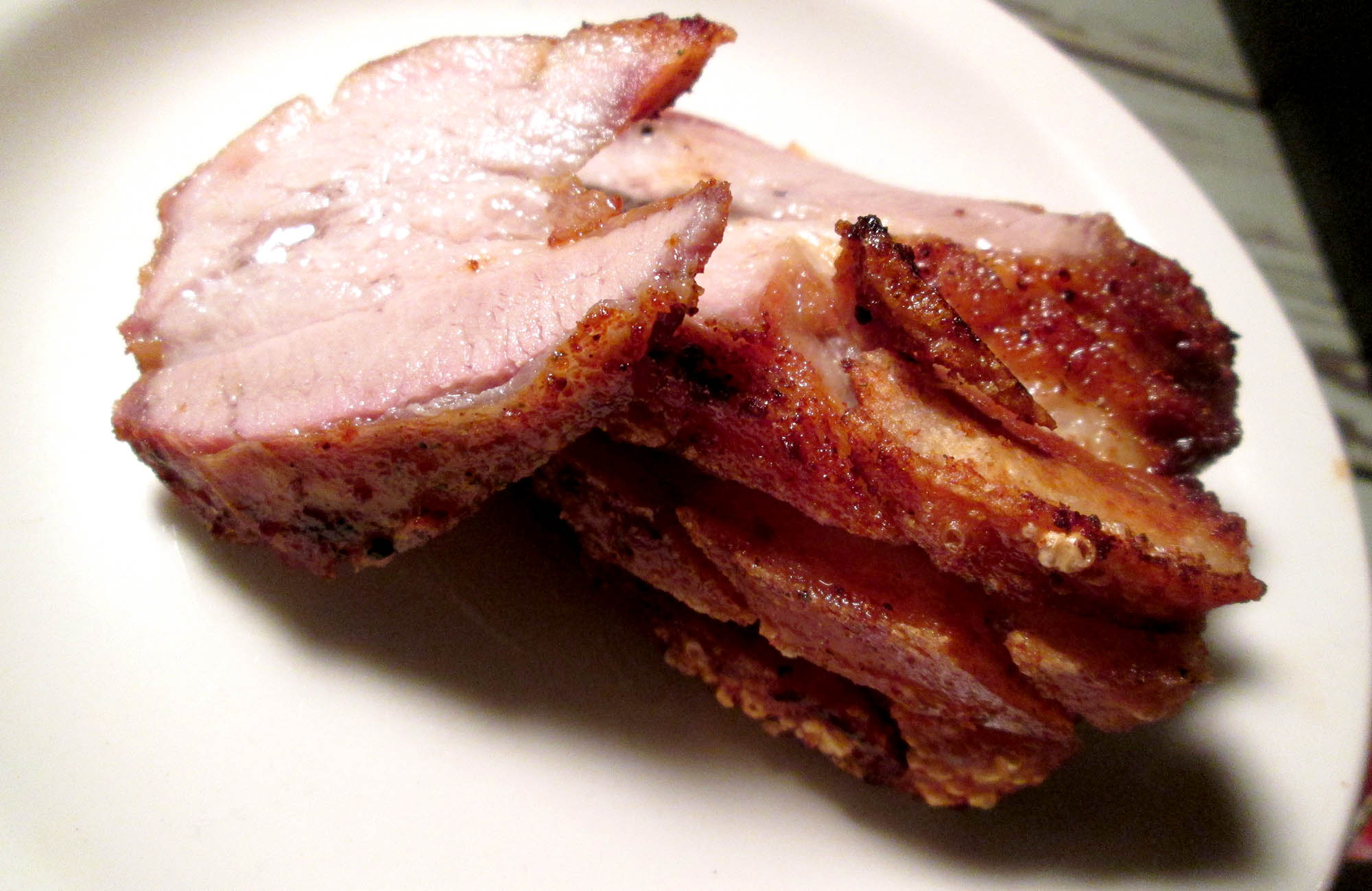 I was living in Zagreb, in an old working class neighborhood called Kustošija on the west side of town.  My apartment was a good 15-minute walk from the transit hub in Črnomerec, where you can hop a tram or bus to just about anywhere in the city. There at the tram roundabout, a thriving plaza of kiosks, shops, cafes, bakeries, market stalls and tavern-and-grills has taken hold over the years. Sometimes I’d sit on the low stone wall surrounding the tracks before walking home from a meeting, watching people come and go while munching a sandwich. I spent a lot of time there, actually. It’s a good place to observe life in transit and hear little bits of drama or laughter in passing conversations. I enjoy such things.

One relatively recent addition to the plaza at the roundabout is an outpost of the Croatian supermarket chain Konzum. What’s unique about this particular location of Konzum is that it’s particularly well-suited to the shopping preferences of Americans: It’s the size of a small stadium, has anything you could need, and it’s open 24 hours. Imagine a giant WalMart with good European food. There’s a full service butcher counter, a fish counter with the freshly caught bounty of the Adriatic Sea on prominent display, and a full service cheese, cold cuts and smoked meat section.

On evenings when I didn’t feel like cooking, the hot prepared foods counter was my salvation. From beneath marvelous heat lamps you could select baked, roasted, fried and broiled meats, fowl, fish and vegetables. The selection of deli items was unique, but the preparations themselves were not groundbreaking or outstanding. We have such standards in the US. Who among us hasn’t taken advantage of the convenience of a hot rotisserie-roasted chicken from the deli section? But there’s something you’ll find at a prepared foods counter in Europe that you’re not likely to see at a Safeway here in the US, and it’s something that I ate my share of during my time in Zagreb.

The term for this in Croatian translates to ‘imperial meat’, and the reason is not a mystery. More so than any other part of the pig, the belly is a delicious, filling, naturally potent sedative, fit for an emperor. One ounce is considered a single serving in America. Eat a three-ounce serving and you’ll be full. Eat a bigger serving and you will SLEEP. There were nights when my dinner consisted of a half pound of roasted pork belly and nothing else, and I would not be seen for at least a day afterward. There were also plenty of times when I’d pick some up to eat with vegetables from the farmer’s market on the corner, or even incorporate it into other dishes.  It’s extremely versatile stuff, the roasted pork belly.

Since my American readers are not likely to find it at their local supermarket, I suppose it’s my job to tell you how to prepare imperial roast pork. Well, that’s easy. First, obtain a nice, thick piece of pork belly with the skin on from a good butcher. Next:

2. Score the skin of the pork belly for easier slicing. 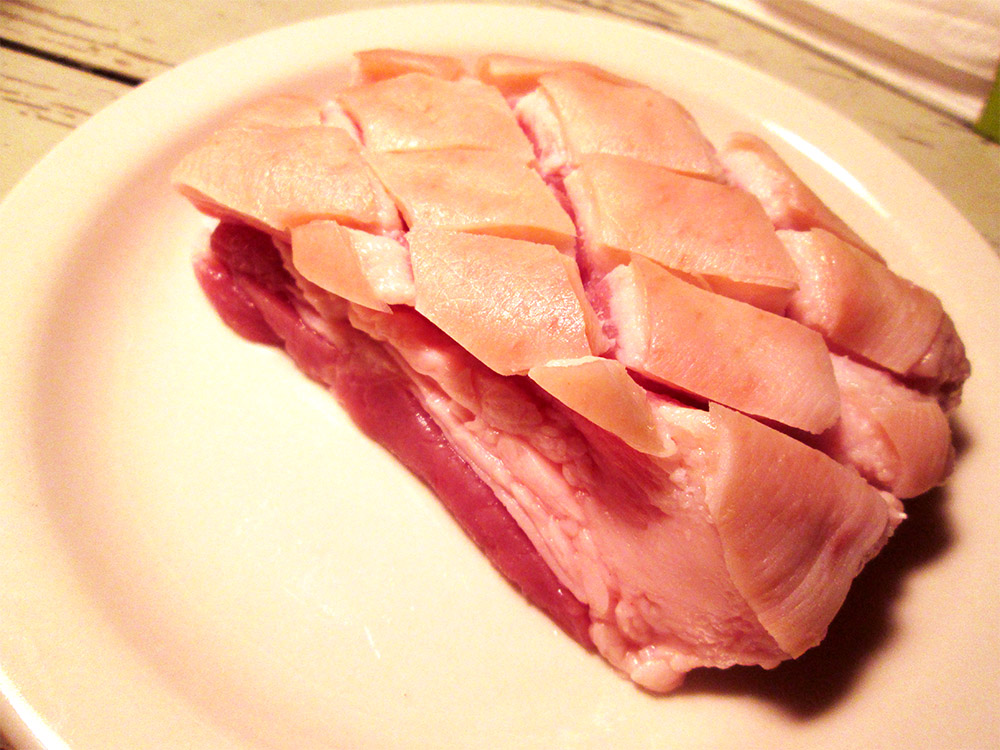 3. Season the meat however you like.
4. Sear it on all sides in a hot skillet. 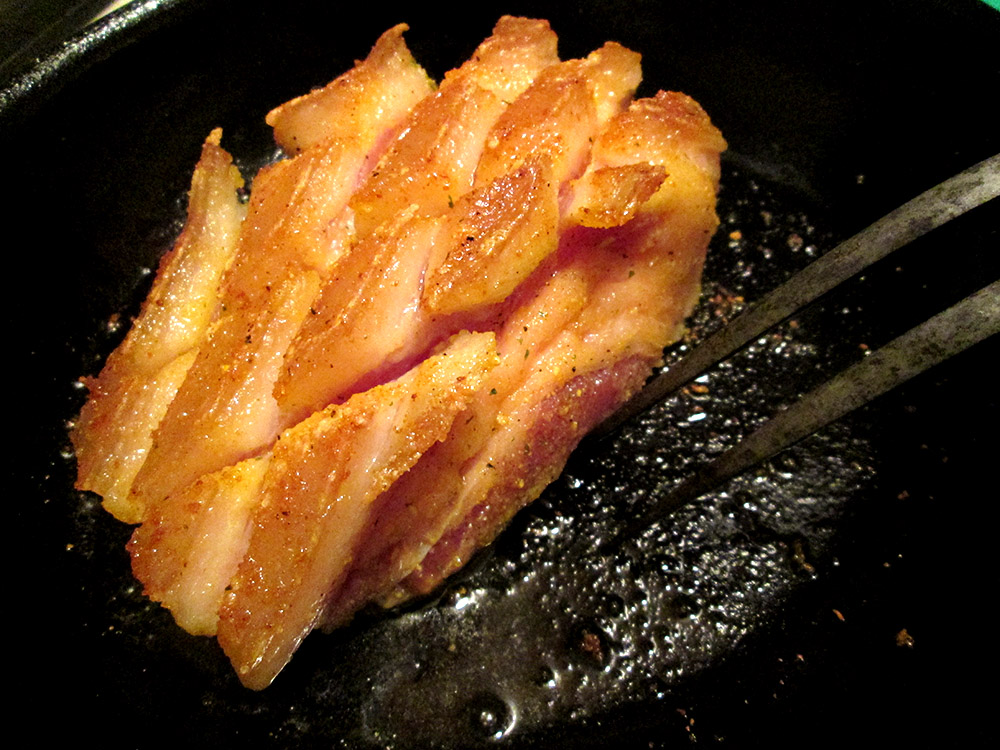 5. Pop the skillet into the oven.
6. When the skin is crackling, slice and serve. 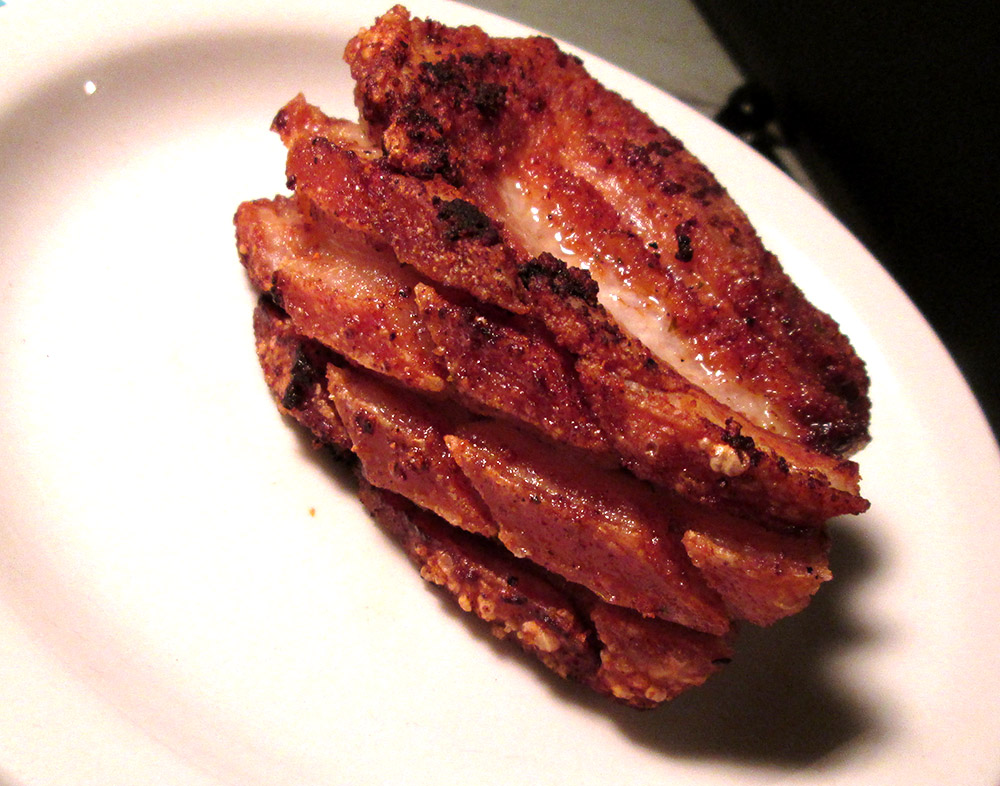 You can brine the belly before cooking. You can eat it with potatoes and braised leek chiffonade, or have it with a poached egg on Pad Thai. However you enjoy your imperial roast pork, don’t drive or operate heavy machinery afterward.